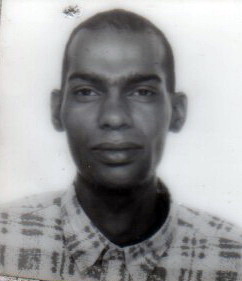 [Posted Tuesday 2 march, 2010, 9H24] From the coulour of my skin, without any doubt I am a black man ! But before all I am an African and my true land will be therefore Mama Africa. At the moment, I only know the north of Mama Africa but I swore to myself that one day I will go to black Africa in order to feel really at home. In truth, before being African, I am first of all an earthling trying to live on a corrupt planet. Well, let’s get back to Mama Africa. Until now, I did not know where to go in Africa because there are wars almost everywhere. However, there are still some areas not polluted by human stupidity. Places where peace still reigns, this is where I want to go.

A friend of mine who only wants the best for me, told me that it does not cost sweet nothing to go to Africa, that hotels are in general catering for the Whites and that it was more expensive than I could imagine. I don’t care about hotels for Whites because I don’t want to be with the Whites. I intend to go to African’s home where I would feel much better. I want to go on a photo safari in Kenya, to find myself amidst animals and mother nature, I can’t take it anymore to live in France, country of loonies of all sorts. I have a great need to find myself amongst mine, the Blacks, the Africans. As I am in remission [from cancer], I want to purify myself in Africa, at last to know my ancestors and the land of my brothers and sisters. Therefore, I am going to treat myself to a trip over there. Will I come back from it ? But if I can stay put, frankly I will, with a passport and a little money I think I can manage.

If not, I come from Madinina, but I am a little unease, the mentality has been soiled by ears that once again have grabbed the land that does not belong to them. I cannot live in Martinique because it is far too dirty, concrete in all corners and also the country is under France protectorate ! Yuk it stinks ! I regret that french West Indians refuse to emancipate as did the british West Indies. Blacks from the West Indies are happy with their small status of being French, they do not want  to get poor. Overthere,  they have the Euro, they prefer the dosh despite remaining semi-slave all their life. The french West Indians have no balls, I am disappointed in their mentality of faked niggers because who does not try, obtains nothing.